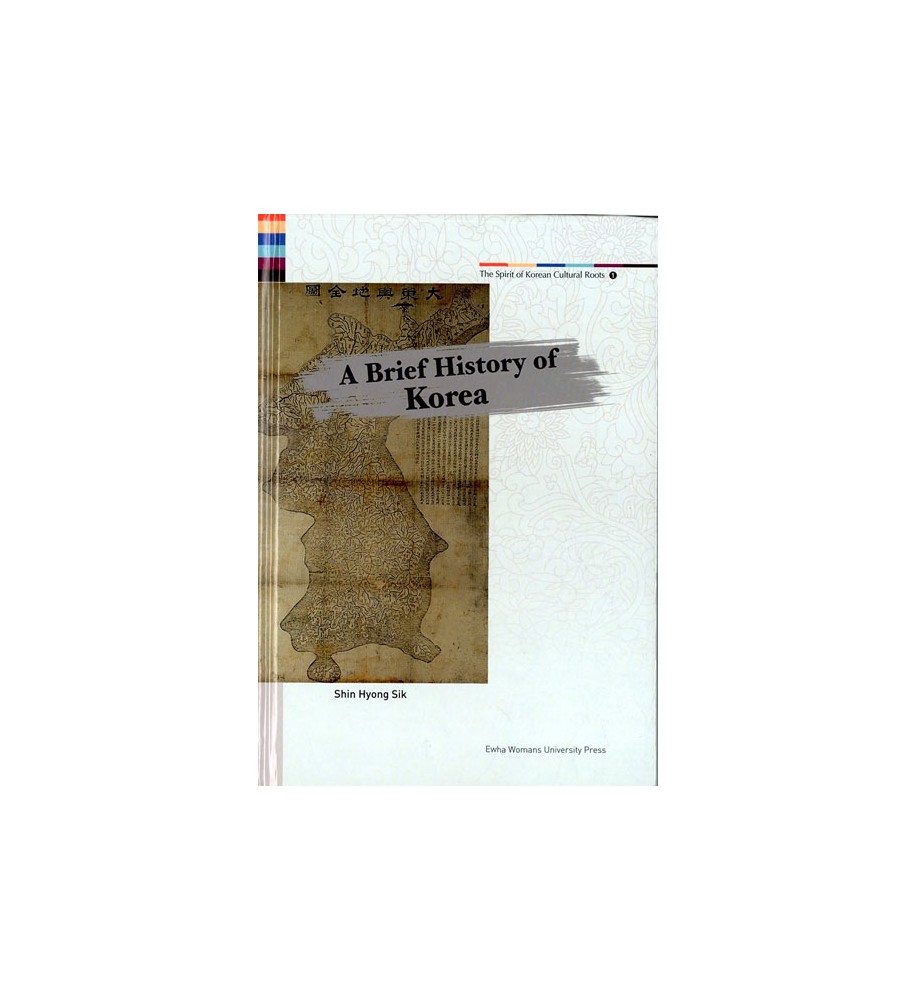 A Brief History of Korea

Book in English with colour illustrations.

From the back cover:

The Korean nation was formed over a long period as ethnic groups migrated and interacted with each other in and around Manchuria and the Korean Peninsula. This is why Koreans constitute one of the oldest people in Asia and pride themselves of a long tradition and rich cultural heritage. As a peninsular state , Korea has both continental and oceanic characteristics. Its culture is a unique amalgamation of foreign influences, as its geographical location constantly exposed it to contacts with not only China, but with counties to the north, south and west of China as well.

In ancient times , Korea was a power in East Asia and once ruled much of Manchuria. The Kingdom of Goguryeo was successfull in repelling the aggression of China's Sui Dynasty and Tang Dynasty, while the Kingdom of Balhae ruled over a vast territory extending to the north as far as Siberia (Russian Maritime Territory). Throughouth history, Korea not only developed a culture that is unique and distinguished from that of China, but also transmitted many elements of its culture to Japan.

A sweeping overview of the history of Korea, this book not only covers the past (the birth and development of the ancient kingdoms, the emergence of a united State, Joseon Dynasty, Modern society), but deals the contemporary Korea in which the north - south division and confrontation still persist. The book provides a well-balanced view and lucid reading for all important facts and episodes of Korean history.

2. The Origin of Koreans and the Early States

3. The Formation and Development of the Three Kingdoms

4. Political and Social Structures of the Three Kingdoms

The Emergence of a Unified State

1. The Birth and Development of a Unified State

1. The Founding and Development of the Joseon Dynasty

2. The Rise of Sarim(rural Neo-Confucian literati) and Struggle

3. Changes in Society and Culture of Late Joseon

The Transition toward a Modern Society

1. Efforts for Modernization and Ensuing Conflicts

Modern Society : The Development of the Republic of Korea

and Pursuit of Inter-Korean Rapprochement

2. The Development of the Republic of Korea